If you are on the East Coast like me, well this morning was one hell of a happy Monday! Yay for more Icy weather!

Anyway, I promised an update on The Illusionists on Saturday after the show and well I went home and fell asleep. The excitement from the show was just too exhausting. On to my update. The show was amazing! I love magic and illusions and the coolest thing about the show was that during a good portion of the performances they had a camera up close and personal. So you could see what was happening and it also made you really wonder, how the hell they did it! Anyway below, is a long update on what I thought on each performer. I hope you enjoy!

The Anti-Conjuror aka Dan Sperry, whose magical speciality is Shock Illusions. Holy Crap did he shock the crap out of me. He ate a life saver and then used floss to pull it out of his throat. Anything that has to do with the throat freaks me out, but I couldn’t look away! It was still so damn cool.  His performance was all about that initial shock and then complete wonder on how the hell does someone do that! If you have the time check out his site and youtube videos. It will leave you shocked.  Official Site —> Dan Sperry

The Warrior aka Aaron Crow, whose magical speciality is weaponry magic. I was so nervous, yet so impressed with his spin on the traditional Bow & Arrow through the Apple performance. I don’t want to spoil the performance but it was pretty amazing and his aim is terrifyingly accurate! I think he would be a good buddy if the Zombie Apocalypse were to happen.  Also, the persona of the silent warrior adds to the excitement of his act. If you love weapons and magic check out his dangerous stunts on his Official Site —>  Aaron Crow

The Futurist aka Adam Trent, whose magical specialty is Technological Illusions. His performance was imaginative and creative. The way he fuses technology and magic is absolutely brilliant. I for one used to love my light bright… Yeah I know, how old am I? Anyway the use of technology and lights brought me back to those “light bright days” and then add the element of magic and I felt like I was 5 again! His show is one to see, if you want to experience a piece of childhood again head on over to his Official Site
—> Adam Trent

The Inventor aka Kevin James, whose magical speciality is Magic Innovation. His performance was awesome. He was comedic and just plain fun to watch. I was in awe during his main performance. Nothing is hidden here and you are just blown away by what he does! But I believe it was his smaller act that really blew me away, he made a paper flower float in midair. Then he set in on fire and bam there was a real live red rose. It was amazing!  Check out his site to see just how inventive the Inventor is.
Official Site –> Kevin James

The Trickster aka Jeff Hobson, whose magical speciality is comedy magic.  He is hysterical! I was always laughing when he came to the stage. His presence is felt and his comedy mixed with magic leaves you in a state of laughter and wonder. He was an amazing host for this show. He got you interested and excited. The name trickster is most appropriate for this magical comedian. Oh and as a fashion stylist his glittering jacket and shoes grabbed my attention… now only if they were Louboutin. If you are in need of a laugh on these icy cold days check out his official site —> Jeff Hobson

The Escapologist aka Andrew Basso, whose magical specialty is Death Defying acts. I literally held my breath during his watery performance. He performed one of Harry Houdini’s most famous and deadly escapes the Water Torture Cell. I was left in awe and disbelief and fright as I watched Basso try to escape from this dangerous performance. I was on the edge of my seat the entire time. The suspense was killing me and I couldn’t wait for him escape this cell. If you want to be on the edge of your seat, check out his official website —> Andrew Basso

The Manipulator aka Yu Ho-Jin, whose magical speciality is manipulation. My fiancé and I loved this performance it was just amazing. The way he manipulates the cards really is an art form. His entire performance pulled you in and you couldn’t or didn’t want to look away. Since you could see everything up close, it made you wonder, just how is he doing that and where is he hiding all those cards! This performance was elegantly beautiful. If you want to be mystified check out his official website —> Yu Ho-Jin

So all in all, I was in awe and in love with the show! My younger sister hates me now because I went and didn’t take her. If the show comes back around maybe hits broadway again, I am definitely going and taking her along with me. I don’t think I would ever get bored with this amazing show 😀

It really has been a slow week, and a very slow month. February just seemed like it was dragging and sucking the energy out of me. Boo, Spring Assortments and them being so large! Anyway, another reason this week has gone by super slow is because I am super excited for tomorrow’s adventure!

The other half and I are going to see The Illusionists tomorrow! The illusionists combines 7 of the world’s best magicians from around the world for an exciting and imaginative show.

Here is the promotional trailer for the show 😀

I will share some snap shots and thoughts tomorrow on the show. 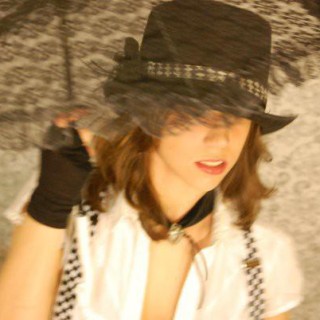